Stockton Williams was appointed Executive Director in March 2018. He leads NCSHA’s wide-ranging efforts to advocate and strengthen the central role of state housing finance agencies in the nation’s housing system.

Stockton has held senior leadership positions in the private, public, and nonprofit sectors throughout a career dedicated to expanding housing opportunity. He has been an advisor to local communities across the U.S., an author of original research, and a commentator in the media on real estate and economic development issues.

Stockton was previously Executive Vice President of Content and Executive Director of the Terwilliger Center for Housing at the Urban Land Institute (ULI). Before that he was Managing Principal of HR&A Advisors’ Washington, D.C., office. Stockton previously served as Senior Advisor in the U.S. Department of Housing and Urban Development and the U.S. Department of Energy. He has also held senior leadership positions at Enterprise Community Partners, Living Cities, and with an affordable housing developer.

Cary joined the NCSHA staff in 2000. He is responsible for governance of both the NCSHA and NCSHB Board of Directors, as well as the day-to-day operations of the Executive Office. Cary has worked in various Washington trade associations for nearly 30 years in board governance, member relations, speaker coordination, and meeting planning. Prior to joining NCSHA, he worked for four years at the Illinois Housing Development Authority in Chicago.

Cary graduated from Southern Illinois University at Carbondale with a bachelor’s degree in Journalism.

He is a graduate of Pomona College and Harvard University’s John F. Kennedy School of Government.

Since joining NCSHA in 2014, Glenn Gallo has held a variety of positions in the Policy and Government Affairs department, focusing on homeownership and affordable rural housing issues.

He earned a bachelor’s degree from the University of St. Andrews studying history and international relations. She has extensive legislative and appropriations experience and most recently worked for Rep. Katherine Clark (MA) as senior advisor on the Transportation, Housing and Urban Development Appropriations Subcommittee and as part of her Democratic Caucus Vice Chair team. She had previously handled appropriations for Rep. Adam Schiff (CA). Yvonne served as an Obama Administration political appointee at the U.S. Department of Housing and Urban Development Office of Fair Housing and Equal Opportunity and Office of Public Engagement.

Yvonne began her career in fair housing at the Housing Rights Center in Los Angeles. She has a bachelor’s degree in history and sociology from the University of California, Riverside. John McMullen joined NCSHA in January 2020. As Legislative and Policy Coordinator, he primarily supports the Director of Tax and Housing Advocacy and the Policy and Government Affairs department with monitoring policy, regulatory, legislative issues, and various day-to-day operational tasks.

John earned a Master’s degree in Professional Studies from The George Washington University and a bachelor’s degree from Bethune-Cookman University, where he majored in political science. Rosemarie Sabatino serves as a senior homeownership policy specialist. Her responsibilities include legislative, regulatory, and related work on FHA mortgage insurance, housing finance, MRBs and MCCs, government-sponsored enterprises, and CRA. Rosemarie is another NCSHA alumna who returned for a second tour. Jennifer Schwartz serves as the Director of Tax and Housing Advocacy at the National Council of State Housing Agencies (NCSHA). She rejoined NCSHA in 2014 after previously holding the role of Senior Legislative and Policy Associate at the organization from 2001-2005. Jennifer leads NCSHA’s multifamily and tax policy team and oversees the organization’s federal legislative advocacy efforts, with particular focus on the Low Income Housing Tax Credit and tax-exempt private activity Housing Bonds.

Prior to returning to NCSHA, Jennifer was the Director of Policy and Programs for the Southern Governors’ Association, where she focused on facilitating bipartisan collaboration between governors in various policy areas. Earlier in her career, she worked as a counselor and case manager at Women’s Protective Services, a domestic violence shelter and rape crisis counseling center in Massachusetts, and as a project consultant for the Massachusetts Advocacy Center (now Massachusetts Advocates for Children).

Jennifer earned a master’s degree in public administration and policy from the London School of Economics and Political Science and a bachelor’s degree from Brandeis University, where she was a double major in psychology and sociology. James Tassos represents the interests of state housing finance agencies with the U.S. Congress, the Department of the Treasury, and the affordable housing industry. His primary focus is developing best practices, regulatory policy, and legislative initiatives to strengthen the Low Income Housing Tax Credit program.

Earlier in his career, he worked for an urban planning and development firm in North Carolina and as an affordable housing consultant focusing on green building and sustainable development issues.

James holds a master’s degree in city and regional planning from the University of North Carolina at Chapel Hill and a bachelor’s degree in architecture and building science from Clemson University. 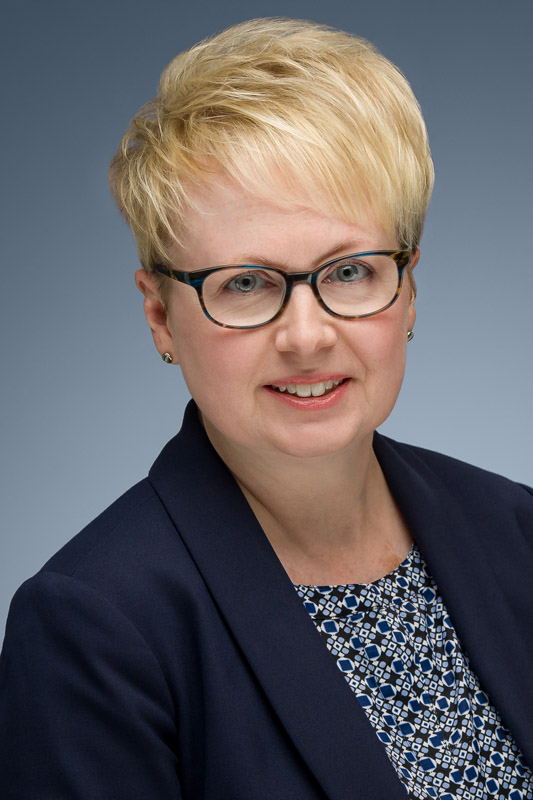 Director of Marketing and Communications
lbowman@ncsha.org

Director of Marketing and Communications lbowman@ncsha.org

Lisa Bowman joined the NCSHA staff in 2016 as Director of Marketing and Communications. She previously held senior management and communications positions with the National Cooperative Business Association, the Society for Marketing Professional Services, and APICS. She began her career as an editor and writer for a hospitality management consultancy.

Lisa is a graduate of the University of Maryland at College Park and a member of the American Society of Association Executives.

Kimberly Carr has been with NCSHA since 2016 as part of the Marketing and Communications team and works closely the Meetings Department.

Upon leaving Ohio in 2016 she’s moved from the corporate to the non-profit sector, planning and executing NCSHA’s tradeshows and sponsorship programs.  Kimberly uses her insider knowledge of corporate culture, and her expansive background in sales and business development to create meaningful and mutually lucrative relationships with members of the Affordable Housing Industry.

Kimberly holds a BA in History, a BA in International Studies from Miami University of Ohio.  She also studied at the John E. Dolibois European Center in Luxembourg and the Université de Bourgogne.

Stephanie Romanoff is part of NCSHA’s Marketing and Communications team. Her responsibilities include the NCSHA website, social media, data visualization, and supporting other digital production. She serves as the session manager for the NCSHA Information Technology community.

Stephanie’s professional background includes working with various nonprofits including serving as the Communications Director for the Academy of Integrative Health & Medicine and the American Board of Holistic Integrative Medicine. She has a passion for community-based work that supports children’s development and she is an active volunteer in that field. At NCSHA, she is honored to serve the missions of Housing Finance Agencies, entities that have played a central role in the nation’s affordable housing system for over 50 years.

Stephanie has a BA in Economics from St. Mary’s College of Maryland where her senior thesis was on the affordable housing crisis of Lexington Park, MD. She is a member of ASAE and a PMI-certified project manager. Earlier in her career, she worked alongside the international team at the Association for Talent Development in Alexandria, Virginia.

Maury L. Edwards is the Director of Meetings at NCSHA. Prior to assuming this role Maury served 12 years at The Nature Conservancy where he was director of meeting management services. He oversaw the execution of the international annual conference, all Board-related meetings, and specialized meetings executed by the home office. In addition, he managed corporate travel for the organization.

After receiving a bachelor of science in zoology from North Carolina State University in 1986, Maury joined the Peace Corps and served two years as a science teacher in The Gambia, West Africa.

Michelle Jacoby joined the staff in 2020 as a member of the Meetings Team. Her duties include overseeing registration for all NCSHA meetings, assisting with conference logistics, and managing hotel reservations.

Michelle previously worked in grassroots fundraising and advocacy for The Public Interest Network. There, she raised political capital for environmental initiatives in Maryland and Virginia before moving to Boston to organize and manage a statewide fundraising operation dedicated to pushing forward environmental policy in Massachusetts. Melissa Ventresca is a member of NCSHA’s Meetings Team; she joined the staff in 2019. Her responsibilities include assisting in all logistical aspects of planning and executing NCSHA’s conferences, trade shows, and events.

Melissa previously held positions as a banquet manager and a trainer with the Fairmont Washington, DC, Georgetown. She participated in the brand’s SUMMIT Leadership Development Program and served on task forces at the Fairmont Kea Lani and Sofitel Washington, DC, Lafayette Square. Melissa began her hospitality career as a wedding planner at Hollyhedge Estates in Pennsylvania. 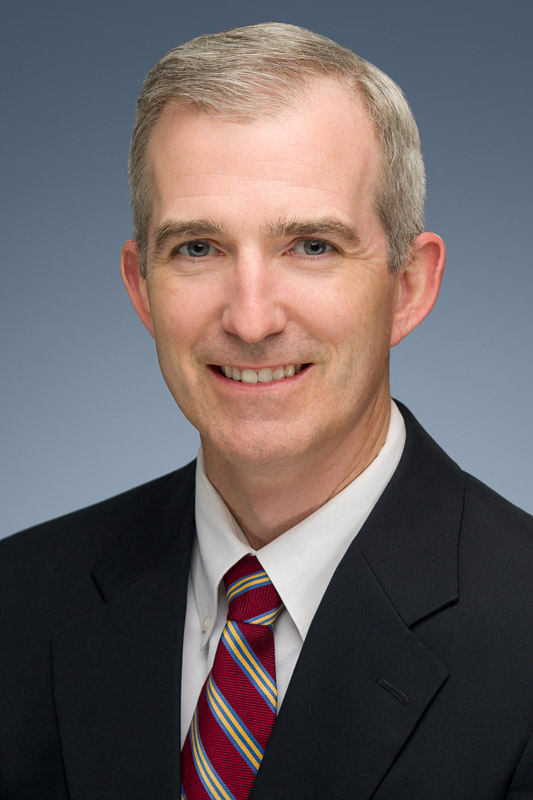 Director of Finance and Operations
kburke@ncsha.org

Director of Finance and Operations kburke@ncsha.org

Kevin Burke joined the NCSHA staff in 1999. He served as NCSHA’s controller for seven years before advancing to his current position as Director of Finance in January 2006.

Prior to coming to NCSHA, Kevin worked as an auditor for a public accounting firm in the Washington, DC, area.

Kevin is a certified public accountant (CPA) and graduated from Penn State University with a degree in accounting.

In 2010, Lovely began working at NCSHA as part of the Operations Team. She is currently an Operations Associate with a focus in finance. Prior to joining NCSHA, she worked in the banking sector in Manila, Philippines and then in the international maritime hospitality industry.

Lovely is a certified nonprofit accounting professional. She earned her Bachelor of Science in Business Administration at Colegio de San Juan de Letran in Manila, Philippines, where she majored in Computer Management. Phaedra Stoger joined NCSHA in 2006 as the Operations Coordinator. During her time at NCSHA she has developed new responsibilities that lead her into her current role as the Operations Associate/Membership. Prior to joining NCSHA, Phaedra worked in a retail clothing store as an Assistant Store Manager where she cultivated her customer service skills.